Outside: compressor-condenser
Inside: air handler(s)
Ductwork: no 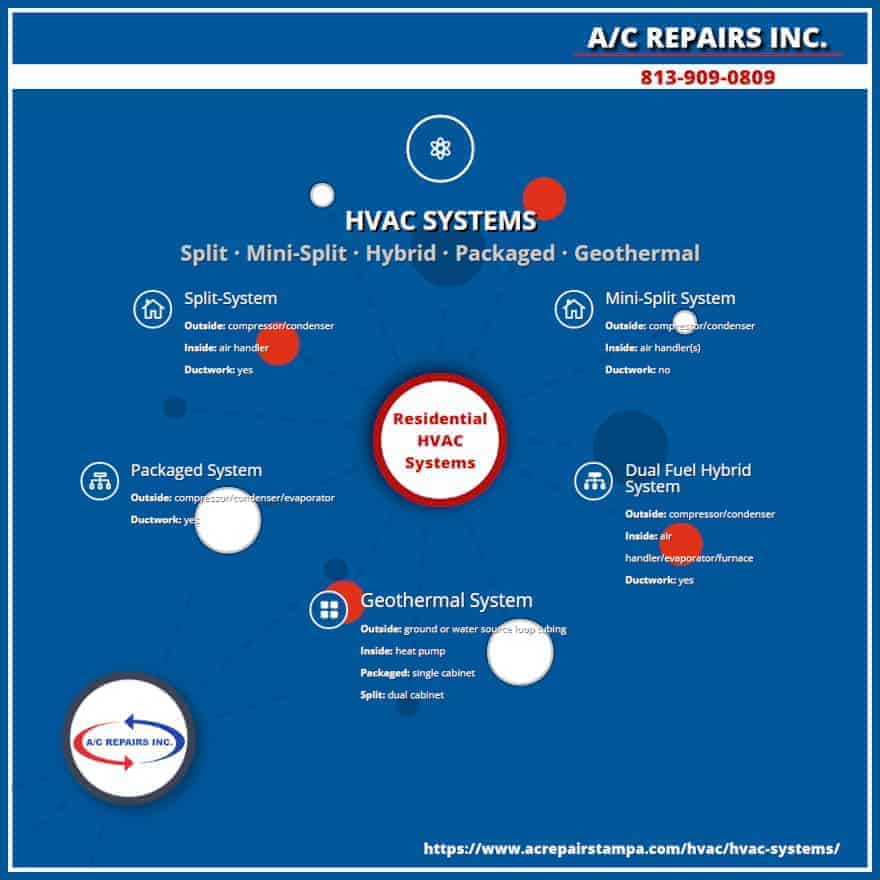 There are 4 main types of residential HVAC systems, 5 if you include Geothermal heat pumps.

The most common type is the split-system central air conditioning and heating.  The standard split system HVAC consists of a 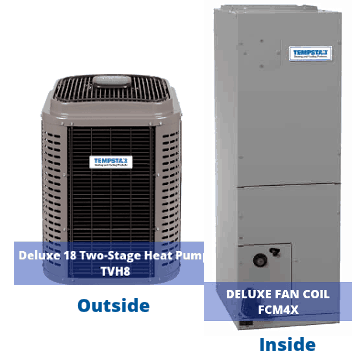 single outside unit which houses the compressor and condenser coils and a single indoor unit, the air handler, which houses the blower fan and evaporator coils. Interior ductwork distributes the cool or warm air to different rooms of the home and collects return air to begin the circulating pattern again, filtering the air and maintaining air pressure.

NOTE: Many homeowners assume the main purpose of the return air filter is to remove allergens and other air pollutants from the indoor air. While your return air filter will provide a measure of filtering, its main purpose is to protect the mechanical parts of your air handler by preventing the accumulation of dust particles on those parts, especially the blower motor and evaporator coils. In addition, while filtering the air, optimal airflow must be maintained for the HVAC system to operate most efficiently. Hence, air filters that restrict airflow should be avoided.

A ductless mini-split system eliminates not only the ductwork used in a central split system but also the single air handler unit. 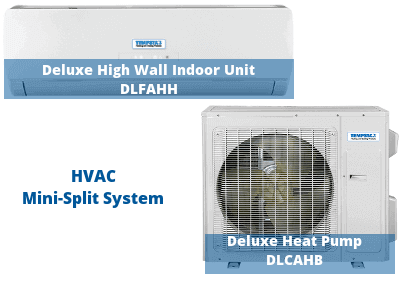 Instead, the mini-split system consists of individual air handlers usually installed either as a wall or ceiling mount in the individual air-conditioned space. The typical ductwork is replaced with a small conduit containing the power cable, refrigerant tubing, suction tubing, and a condensate drain that connects the air handler with the outside compressor/condenser. This offers more flexibility when locating the outside unit and may potentially provide higher efficiency by eliminating the air leakage typical with many ducted installations. However, these systems generally come at a higher initial cost than a traditional central air conditioning split system.

The packaged HVAC system is a variation of the standard split system. Instead of a central unit connected to an exterior unit, the 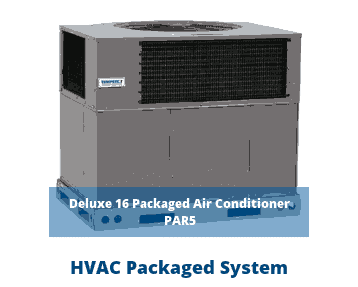 packaged system contains both the compressor/condenser and the evaporator. This is usually located on the exterior of the building and like a split system, the air is distributed via interior ductwork connected to the packaged unit. Packaged units may also include electric or gas heating elements. Packaged units are a good solution when interior space is at a minimum. They can also be placed on the roof if exterior space is also at a minimum, although this is more common on commercial installations than residential ones. While maintenance is generally easier, as all components except the ductwork are in one location, the fact that all these components are located outside, exposed to the elements of nature and possibly rodents, means the life of the unit may not be as long as that of a split system.

In a split system, the heating source is generally an electric heat pump or an air handler with auxiliary heat strips. A hybrid system 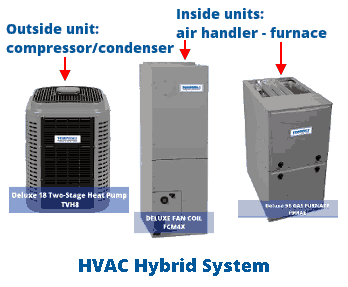 includes an additional heat source, usually a gas or propane furnace located in or next to the air handler. The heat pump provides heating unless or until the outside temperature drops so low that the heat pump becomes less efficient as it must work harder and longer to extract heat from the colder air. When this happens the gas heater takes over providing a more efficient heat source.

Hybrid systems work well in areas where temperatures often approach or fall below freezing for extended periods. However, installation is generally more expensive due to the extra parts and labor required.

In a geothermal ground loop system, a series of tubing loops are buried outside the building and a water solution is circulated 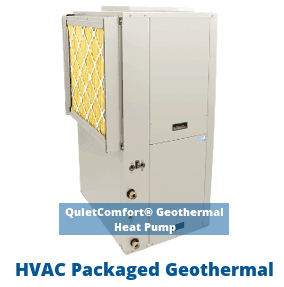 through the tubing. In winter, the water absorbs heat from the ground and is circulated through a heat pump, located inside, which extracts the heat from the water and distributes warmed air throughout the home via interior ductwork. In the summer, the home is cooled by transferring the excess heat from the home back to the ground. Optionally, a portion of this excess heat can be used to heat the hot water used in the home. A geothermal water source operates similarly but uses water as the surrounding medium instead of earth. Geothermal is the most energy-efficient of all HVAC systems but initial costs are the highest, with payback taking 5-10 years depending on the climate. Areas with more extreme summer/winter temperatures will see the quickest payback. Maintenance will be minimal due to the simplicity of the system and fewer mechanical components.

The above systems use either air or in the case of Geothermal, either the ground or water as the heat source. Other heat sources include solar. In addition to the forced air distribution methods above, other heating distribution methods include radiant heating, steam radiant heating as well as hot water and electric baseboards. See this Energy Saver 101 Infographic for everything you need to know about home heating.

Which HVAC system is best for your home?

Are you considering purchasing a new HVAC system in Tampa? It’s no small decision. It’s an investment not just in your home’s value but in your comfort for years to come. Each home is unique with its own layout, features, and surrounding environment. If you’re considering replacing an existing central air conditioning system you should get several expert opinions and proposals so you can make an informed decision. We provide free quotes and second opinions on new or replacement HVAC systems. Get informed and gain peace of mind with a simple phone call, 813-909-0809.

Call for a Free Quote or Second Opinion

We service all brands and specialize in tune-ups, system replacements, service and repair. No hidden charges and the best price guaranteed! Expert service that is honest, affordable, fast and efficient, make the call today!